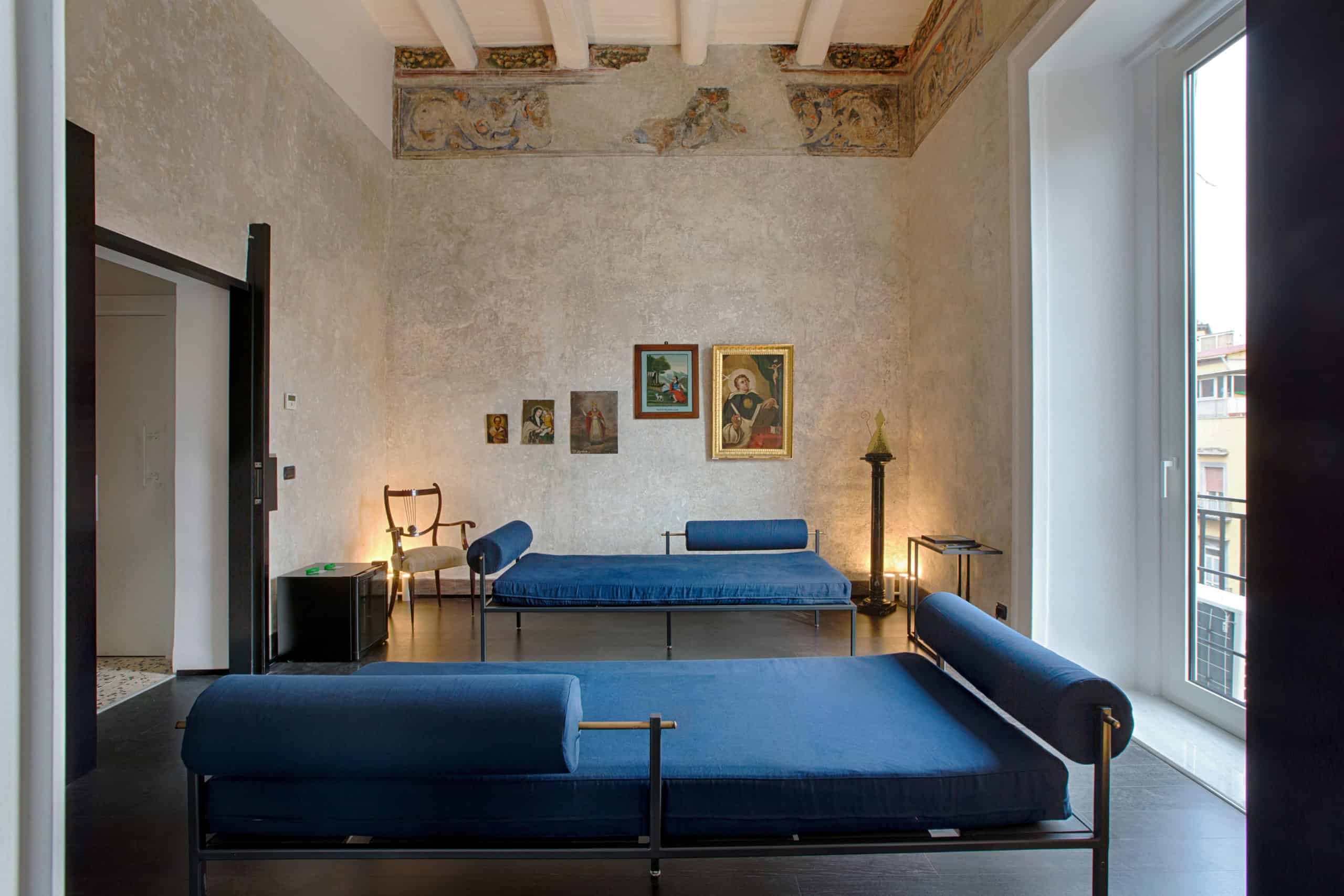 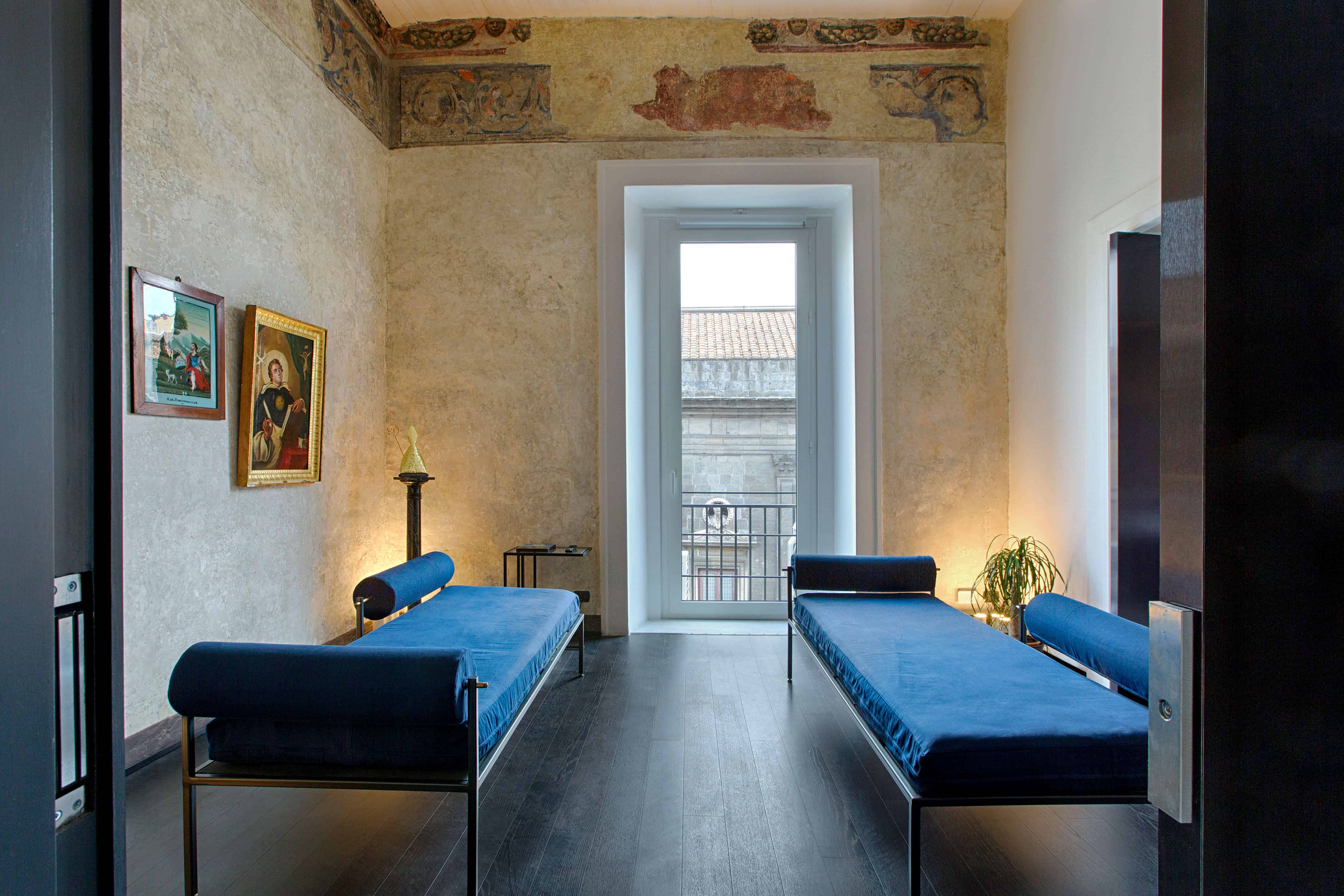 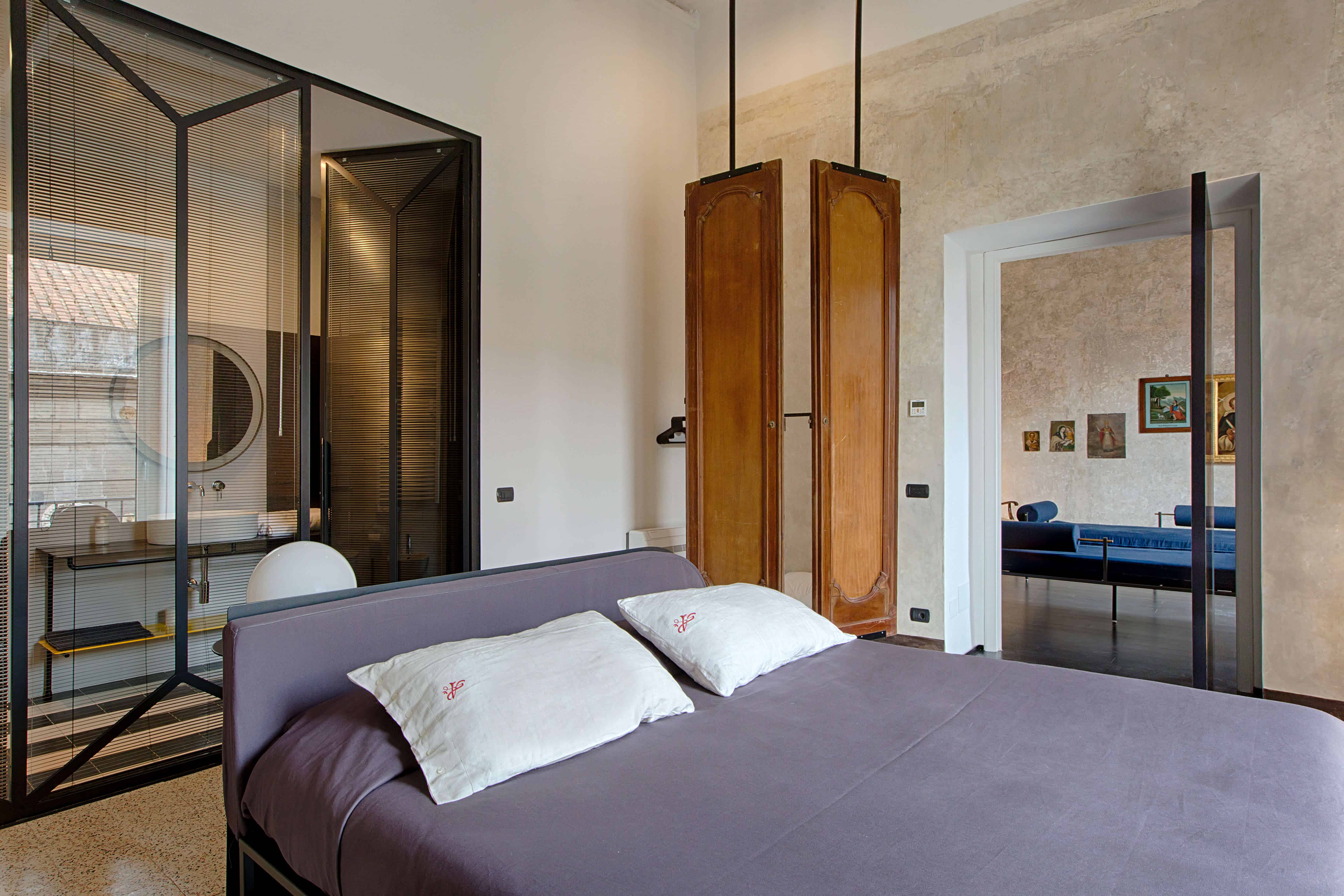 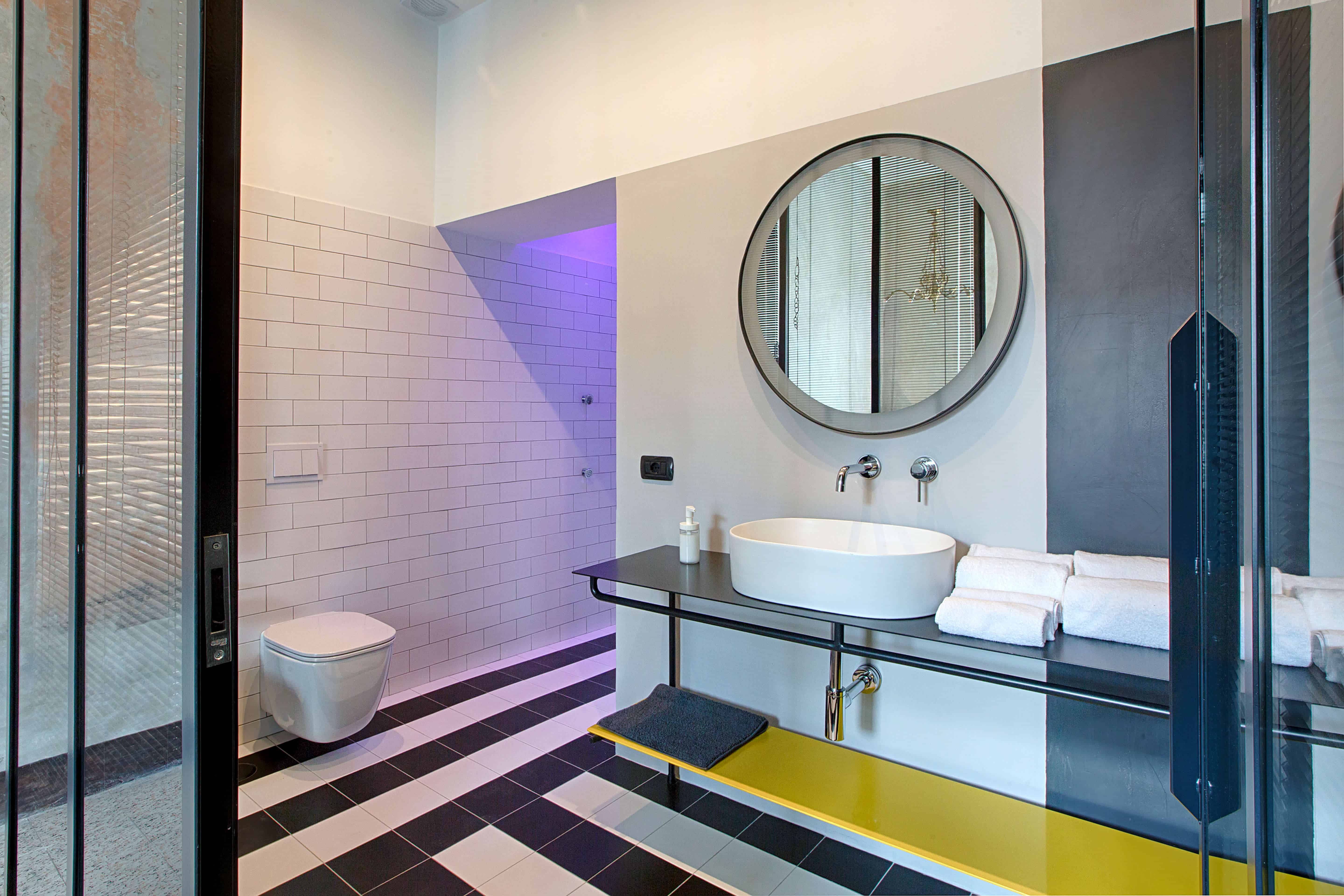 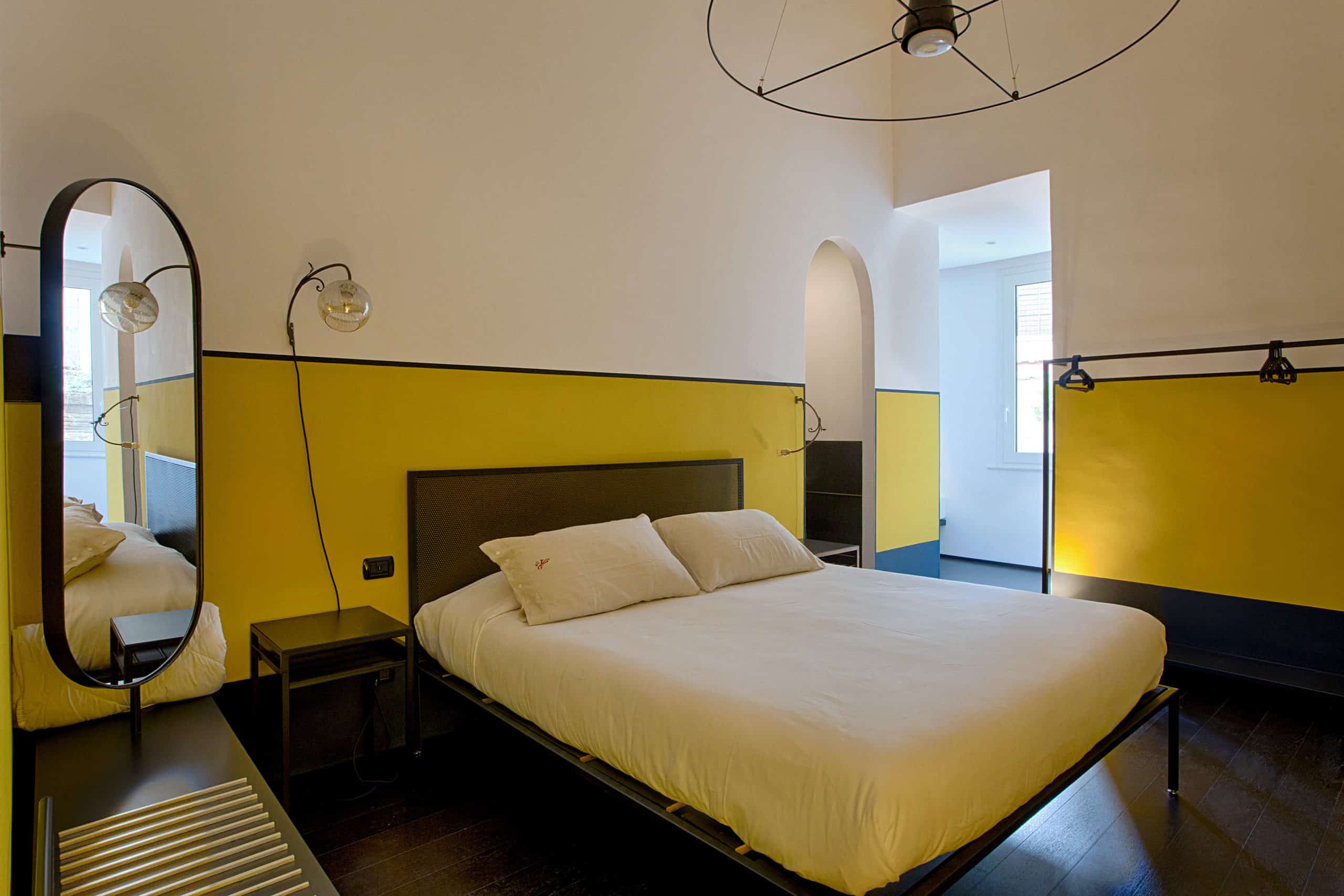 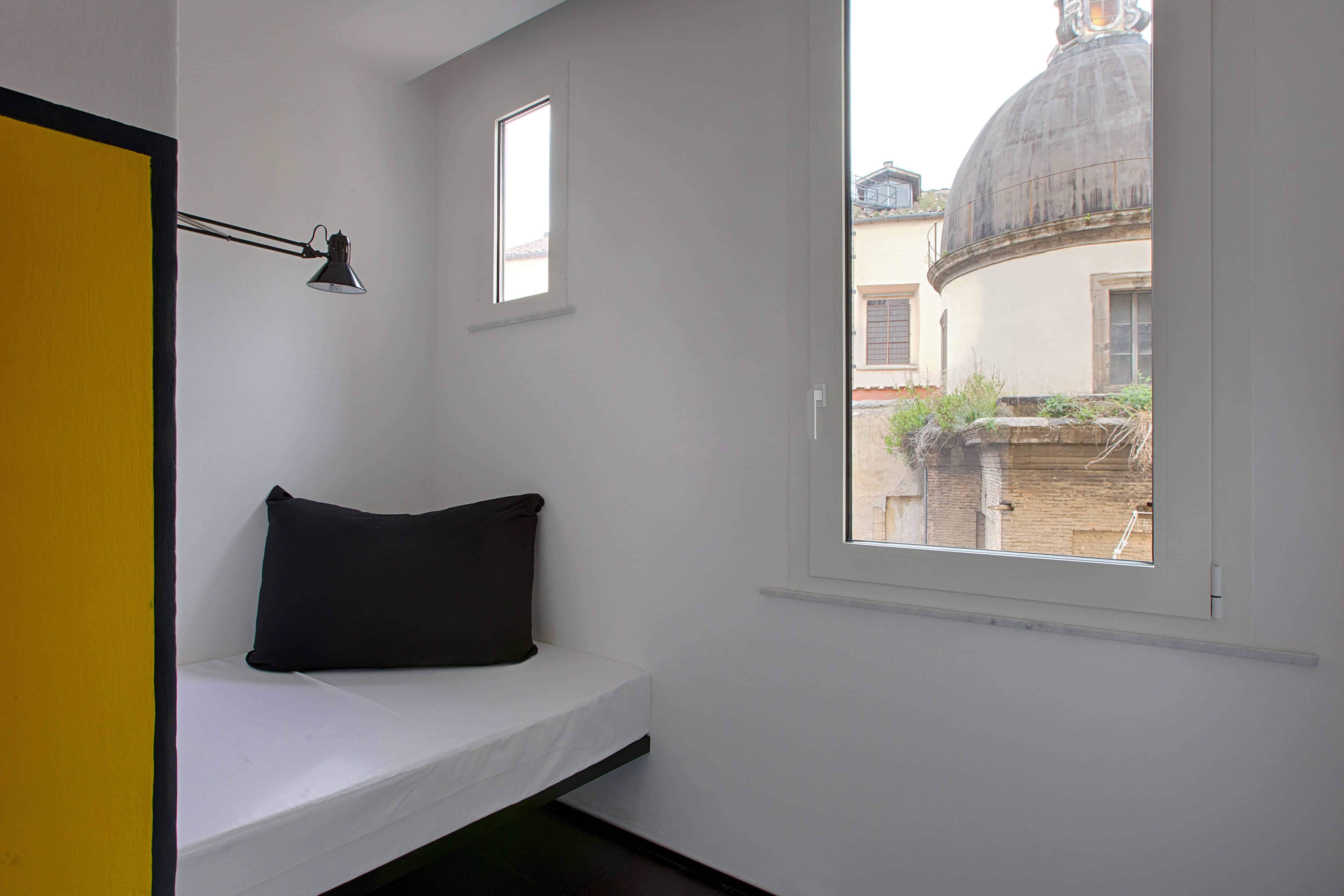 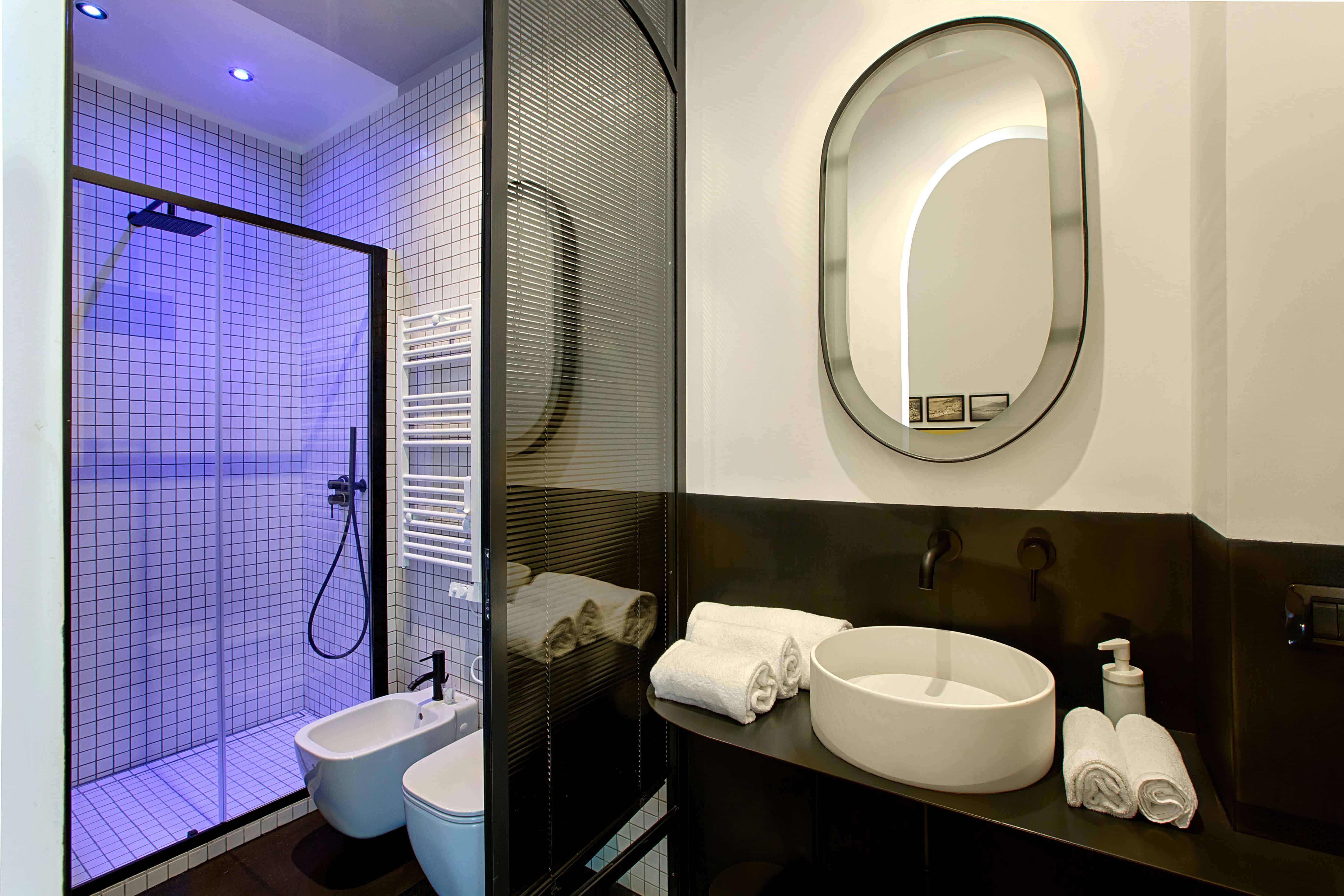 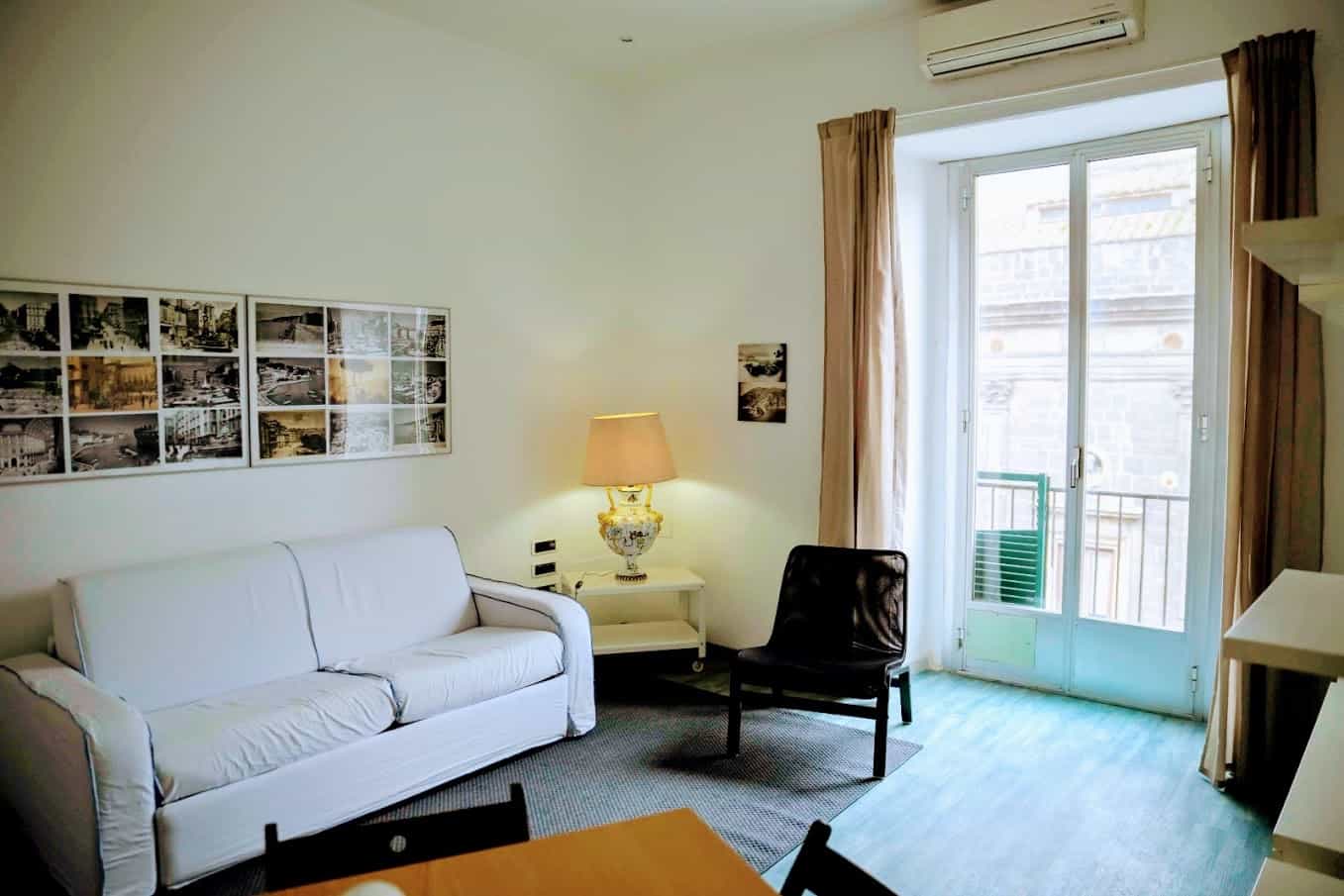 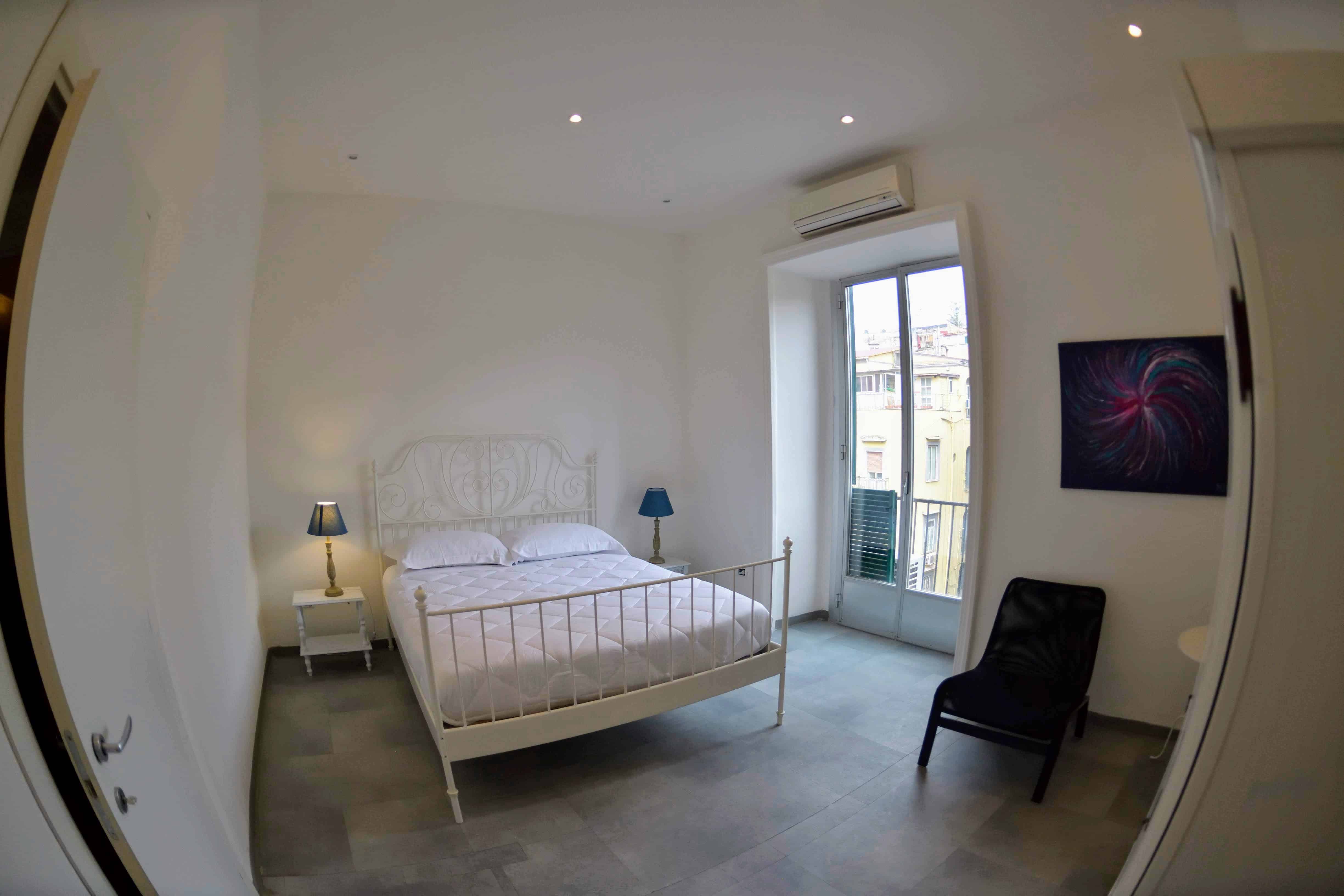 In the Historical Center of Naples, in via Monteoliveto n. 86, there is Palazzo Valletta, a historic building from the 1600s. On the third floor is the apartment “Tutt ‘e Sant Luxury Rooms“. The building is located in the area of ​​Monteoliveto, which has always been occupied by the former monastery of the Olivetan monks, now the headquarters of the Pastrengo Barracks, the building miraculously escaped the fury of the Rione Carità recovery in 1875 and was the seat and Neapolitan residence of the writer Giuseppe Valletta , lived between 1636 and 1714 of which today the antiquarian collection that bears his name is conserved at the Girolamini library in via Duomo (source StoriaCity)

Tutt ‘e Sant Luxury Rooms is composed of a suite, a deluxe room and a standard mini apartment. The accomodations are named from three very famous saints: San Genná, San Baise and San Rafè (San Gennaro, patron saint of Naples, San Biagio and San Raffaele). The suite and the deluxe are both equipped with a king size double bed, a bathroom with xl shower, air conditioning and heating, while the apartment has a large bedroom, a toilet a kitchen and a spacious living room.

OUR STRUCTURE IS ORGANIZED FOR SELF CHECK-IN: after completing the entire payment and filling out the form with details of all guests, we provide the codes and instructions for access. Starting at 1:00 p.m., you can manage the check-in time as you prefer.

For arrivals and / or departures before or after the check-in and check-out times it is possible to use the LUGGAGE DEPOSIT at a cost of € 3.00 per accommodation regardless of the number of luggage.

Being located in the historical center, it is possible to reach the whole city of Naples by public transport or on foot.

A few minutes away you will find the main attractions of the city, such as the Cristo velato, Piazza del Gesù, Spaccanapoli, Piazza Plebiscito with the Royal Palace, the Maschio Angioino, the San Carlo theater, the Santachiara monastery, San Gregorio Armeno, Piazza Dante, the archaeological museum, the main shopping streets such as via Toledo, via Chiaia and via dei Mille. Only a little further away is the Castel dell’Ovo with the promenade and the museum of San Martino

The main distances are: